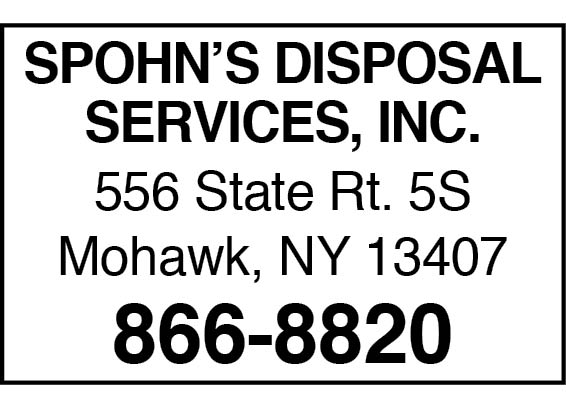 1 Star
By Visitor
The garbage collection in the village, specifically the Northeast section, continues to get worse. In the fall and winter I battled with Spohns about their waste collectors on Lake St leaving residents garbage cans either in the middle of the road or in the middle of driveways after collection. I've battled with them in the past about them simply bypassing my home when my tan subscription tote was placed at the road for collection. I've battled with them in regards to them not following the village contract and picking up the one bulk item per week due to numerous factors, primarily the inability of the collector on the route where to do his job properly. This week they left something that they claimed they were "unable to get in to the truck" yet it was much smaller than the two couches I had disposed of through this same process over the last 2 months.

Originally, I simply thought that this particular collector just had a thing for me, but in speaking with my neighbors they have all experienced similar things.

This is the problem with one company having an exclusive contract. I'm not sure if it is apathy or just a simple disgust for their own customer base from Spohns ownership. I've spoken many times to the office person who answers the phones at Spohns named who makes sure to go out of her way to put on a fake voice and act condescending whenever I call with yet another issue.

I'm paying for a service. The service I pay for has rules set forth in the village contract. If this company is unable to follow them, perhaps another option should be available?

1 Star
By Visitor
This disposal company is the worst I have seen. The workers are lazy and never clean up messes they drop. They fling my bins instead of placing them neatly. No matter how many times complaints are made and nothing is ever corrected. I pray another company can and will take over soon!!