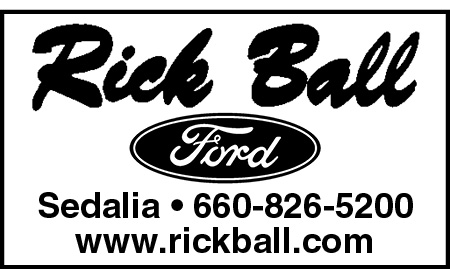 1 Star
By Visitor
After having the dealership replace my engine with a used, warrantied engine and Rick Ball Ford-Lincoln in Sedalia, MO said they would warranty the labor for my 2013 C-Max Energi. The car & I made it 17 miles out of town then the engine overheated. I asked them to come get me and my car. They told me to call a tow truck and get a hotel. I finally made it to my hotel almost THREE HOURS after I initially arrived at the dealership to take my car home. C'mon guys. You should have sent someone to pick me up and take me to a hotel or offer me a loner car when I asked. Instead Troy the service department manager just went home early. The general manager, Ryan Ball, told me he couldn't help since Troy wasn't there and wasn't answering his telephone to approve any help aside from paying for the tow truck. I thought his job as general manager was to take care of his customers. In perspective the date was 20/20/2018 please check the Sedalia, MO weather to see it was freezing rain that night and they just left me on the side of the road after spending well over $3,000.00 at their dealership on an engine they promised they would warranty all labor on.

The next morning they made it to where my car won't overheat but the check engine light is on, service engine light is on, the car always thinks it's plugged in and takes about a minute or two of menu toggling to tell the computer it's not plugged in. When I called and told the general manager, Ryan Ball, that I expect him to pay for my hotel room in addition to the tow truck bill (which they already agreed to pay for) and fix the service engine/battery lights so I can know the car is safe to drive he told me his dealership is done working on the car.

I was polite throughout the entire process which has me baffled why Ryan Ball would talk down to me and call me a liar. Even afterwards I simply let him know that I have written documentation that disproved his reason for calling me a liar and read him the two sentenced he was told about verbatim.