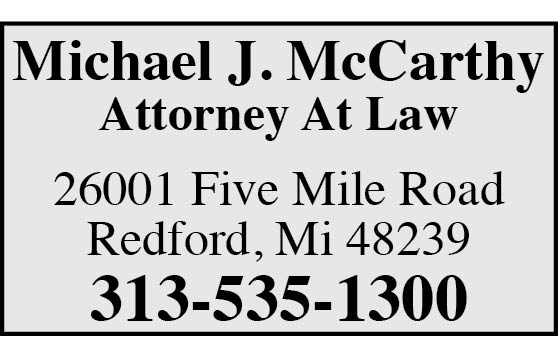 1 Star
By Visitor
I was appointed Mr.McCarthy and from day one was and experience called me stupid Cause he didn’t understand something I was trying to show him and put me out his office week later only to call to try to reconcile never had a true plan seem to me only wanted to collect the check given and doesn’t reply back either don’t waste your time
1 Star
By Visitor
This man gives new meaning to the word 'devil'. If you can deal with his arrogance, condescending manner, and his overtly obvious sense of superiority, maybe you'll luck out and he won't land you in jail.

This man is deplorable. When he's not screaming at his clients in open court, or demanding they take plea deals because he's too lazy to prepare for trial, then he's likely telling you he thinks you're guilty - even if you're not.

So glad justice prevailed without the need for this monster. Had we left fate up to him, truly innocent folks would have ended up in jail.

Do yourself a massive favor and save your time and money. This guy is clearly too old, jaded and miserable to care about you or justice.

1 Star
By Visitor
Horrible individual....works for the state of Michigan and responsible for putting many innocent people away in jail. Search else where he is not the one!!!